Voice Interfaces – So Awesome yet So Awkward 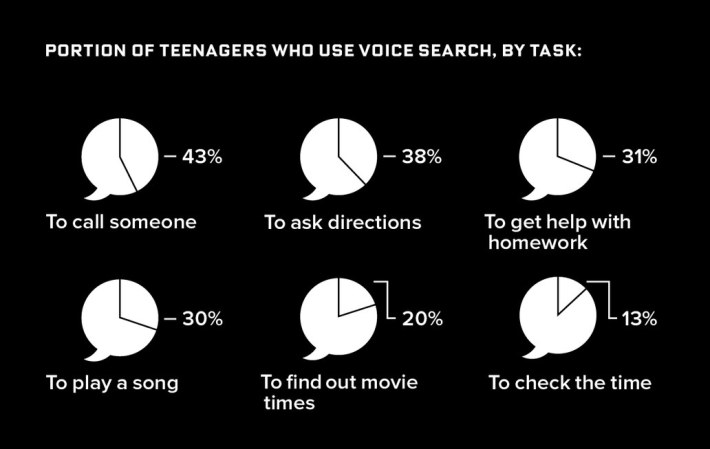 A decade ago, people would have called you crazy if you were addressing your phone by name. Now, not only is voice interface more prevalent than ever, it’s pretty much taken on a life of its own.

Apple’s chatty Siri interface paved the path to a new era. With the rise of technologies like Amazon Echo and Google Home, we’re looking through a window into the future. Voice interface is being squished into almost everything these days. But at what cost?

I’ve been playing with voice commands on my phone for a while now. Why not; everyone wants a personal assistant. In a few words, I can ask about the weather or set a reminder for an appointment. What’s not to like, right?

Lately, however, the experience is losing me. I’ve had to fight with my phone several times to enable the commands, and I’ve found myself using the features less and less. The “streamlined interface” of talking to a machine is causing friction, and I’ve realized that it didn’t take very much for me to stop relying on voice commands.

Technology seems to be stretching toward one direction: minimization. Shrinking laptop weight, miniaturizing phones, and flattening televisions. The simpler the interface, the better it must be!

Unfortunately, too much of a good thing can stir up problems. Ditching the physical interface brings up some interesting challenges to address.

These concerns don’t exist due to the interaction itself. We created (repeated?) these problems by trying to fix something that wasn’t broken. Typing, writing, and touch interfaces aren’t flaws, and there’s no reason to treat them like they are.

Parallels to the Past

In many ways, I’m reminded of Linux and the old school MS-DOS systems. Voice interaction is in many ways an updated edition of preexisting technology. Enter a command and get a result.

Simply put a voice interface is just a new experience on top of the command line. The challenge remains: creating a meaningful interaction. An experience that, like the command line, consists of memorized commands and trial and error. At the moment, there’s no 100% honest way to intuitively approach these systems because it’s riddled with misunderstood words and dead-ends.

These commands are taken in a very simplistic way then output a programmed result. There’s very little room for the AI to interpret meaning, leaving you behind with a list of predesignated input. That said, things are progressing, and interesting things are to come.

You’re going to begin seeing more and more voice-based technology as time passes. These systems are going to be injecting themselves beyond your phone and homes. And it does absolutely hold a lot of potential.

If someone requests a voice interface for something you’re involved with, consider the following questions beforehand:

The future of user experience is vast, and design relies on one simple principle: making it simple, and making it work well. Voice interaction is a great option in some cases, but it doesn’t need to be injected into every corner of life.

It’ll be interesting to see what’s in store for the future of voice interaction, but for now, let’s experiment without trying too hard to fix what isn’t broken.